Get to Know Sonshine Productions 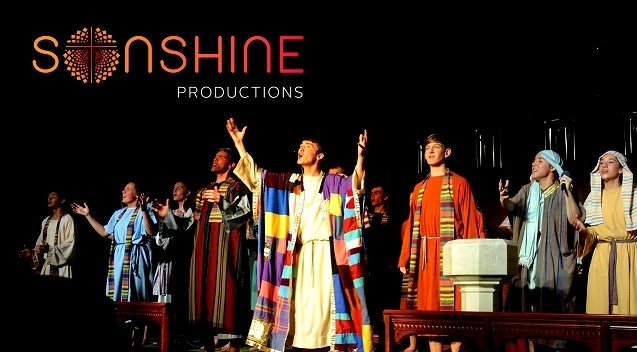 It has been such a joy having the musical Chosen from Sonshine Productions integrated into our worship series Chosen: The Story of Samuel. Each week a song gave us a glimpse into the youth drama ministry, but there is so much more to this amazing theater group. This is their fortieth year as a youth drama ministry, and their story is one that should be shared. That’s why we asked Mark Fox, Founder and Artistic Director of Sonshine Productions to sit down with for a little Q & A interview.

1Q.  So 40 years? Did you have any celebrations planned?
1A.  Yes, this was to be our 40th Anniversary summer. We had an event planned to gather alumni from all over the country to have a dinner and celebrate the ministry. Although we had to cancel due to the pandemic, we are planning on simply having the 40th Anniversary Gala next summer instead.

2Q.  To really understand Sonshine, I think it’s best if we start at the beginning. How did Sonshine get started?
2A.  When I was a junior in high school, a youth choir director wanted to empower us to create our own spring program.  A friend and I worked to arrange some “contemporary” Christian songs and we put on a concert. Since it was 1980, we thought we needed to call the group a special name, so my friend chose “Sonshine”.  He then graduated, but we wanted to keep the group of teens together and do a musical, so I became the director. I had helped with a musical at a different church called “Lightshine”, so we did that one.  The crazy thing was that we just did our thing without any adult supervision. Nevertheless, the performance went well and we just kept going.

3Q.  Wow, sometimes all we need is a little nudge and encouragement for great things to happen. When did you start writing your own musicals?
3A.  Well, we did a couple more published musicals, like “Celebrate Life”, but we wanted to do actual Broadway-style musicals, not just skits with narration. After a couple of earlier modest efforts, my brother, Kurt, wrote a musical called “Spark From the Ashes”. I had started to compose, so I set it to music and we performed it in 1987.  Our seminary intern, Rev. Tim Forbess, worked with cast member Kevin Pike to write “Dream Maker”, about Joseph and his coat of many colors, first performed in 1990. Kevin then wrote our present musical about Samuel, “Chosen”, in 1991, and then my brother, Kurt, followed up with “Chains”, about the life of the Apostle Paul, in 1994.  These are the four we do in rotation now.

4Q.  And how long after that did the tradition of a summer performance tour start?
4A.  We were able to add a lighting system in about 1987 and this really enhanced our presentations. The ministry had grown from about 18 to 30 cast members and in 1988 we undertook our first summer performance tour, performing in Michigan, Indiana, and Illinois.  We have toured every summer until this year, usually traveling to 3 or 4 different cities. We usually perform at churches, though we’ve also performed at summer camps and retirement homes. We have performed as far away as Minneapolis, Philadelphia, and Tallahassee.

5Q.  Tell us about Sonshine’s partnership with Bethel.
5A.  We incorporated in 1993 and needed to find a new host church for the ministry.  Rev. Frank Luchsinger knew of Sonshine and when Karol and I visited a service at Bethel that summer, we began to talk about bringing the ministry to Bethel. We did a performance later that summer with an adult cast and we were blown away by the response. The sanctuary was filled and they had to park cars in the back field! It quickly became clear that this was the home we were looking for. Bethel provided a wonderful space for us (especially two years later when the FLC was built), and we brought an infusion of young people into Bethel’s youth program. It’s truly been a beautiful partnership and we are incredibly grateful for the support we’ve received.

6Q.  I assume that you draw from teens beyond Bethel?
6A.  Yes.  We’ve had a strong partnership with Hilliard United Methodist and have had as many as 12 cast members from their church.  We are an ecumenical ministry and we draw teens from all over the central Ohio area. Our casts have ranged from 18-52 members and we’ve had Baptist, Lutheran, Catholic, non-denominational, and even un-churched kids who have wanted to be a part of the group.

7Q.  Do prospective members have to audition to be in Sonshine?
7A.  No. We joke that we’re like the army—we don’t ask for experience, we give it! Anyone with the courage to stand on a stage in front of an audience and do their best to act and sing is welcome to join. We do a great deal of acting and singing training as we rehearse. We do, of course, have part auditions and usually 90% of the cast tryout for a speaking or singing part. We even sometimes take a teen who doesn’t want to perform, but we are able to make them a stage manager.

8Q.  Can you describe the ministry of Sonshine?
8A.  Ministry has always been the focus of Sonshine. We minister to our cast members by involving them in prayer, devotional work, fellowship, and support. Then we minister to our audiences by sharing Bible stories in a dramatic and compelling way. At every rehearsal, we end with a time of devotion and prayer. On tour, the cast members send each other notes of encouragement called “warm fuzzies”.  We even have a warm fuzzy board so everyone can gather their notes!  We also have small groups and each small group gives a gift to the cast on a different day of tour. Before every performance we have conversational prayer where any cast member can chime in with their praise or petition. Whereas we care a great deal about the quality of our singing and acting, it’s never more important than the ministry aspect.

9Q.  How has this ministry focus affected your cast members over the years?
9A.  Well, it’s been very humbling to see what God has done in the lives of our cast members. Many have shared how their experience in Sonshine was the beginning of their own faith journey. Many have spoken of how the support of the group helped them through a very tough time in their life. I’ve even received notes from cast members who have credited their involvement in Sonshine with helping them overcome bouts of depression, low self esteem, the death of a parent, and even thoughts of suicide. A couple former members have become ministers and youth ministers. A few decided to pursue a career in music and one even performed on Broadway! We just want to provide a safe place where teens can be themselves and explore their spirituality and their God-given talents.

10Q.  What are your hopes for the future of Sonshine?
10A.  Well, I certainly never dreamed it would still be relevant and meeting the needs of teenagers some 40 years after we started.  Kids are busier now and have more competing distractions than in 1980.  But it seems there are always a group of teens who find their way to us.  I’m so appreciative of our staff members, who work so meaningfully with the cast.  I’m also appreciative of our staff members who have given us such a strong social media presence.  The support of our alumni has allowed us to meet the financial challenges of performing and touring.  I’d love to see a younger generation of leaders take the reins of leadership as we move into the future.  I hope we can continue to be innovative and tell our stories in an even more compelling way.  Maybe we’ll write another musical someday!  We’ll keep serving God and listening to that voice that leads us forward.