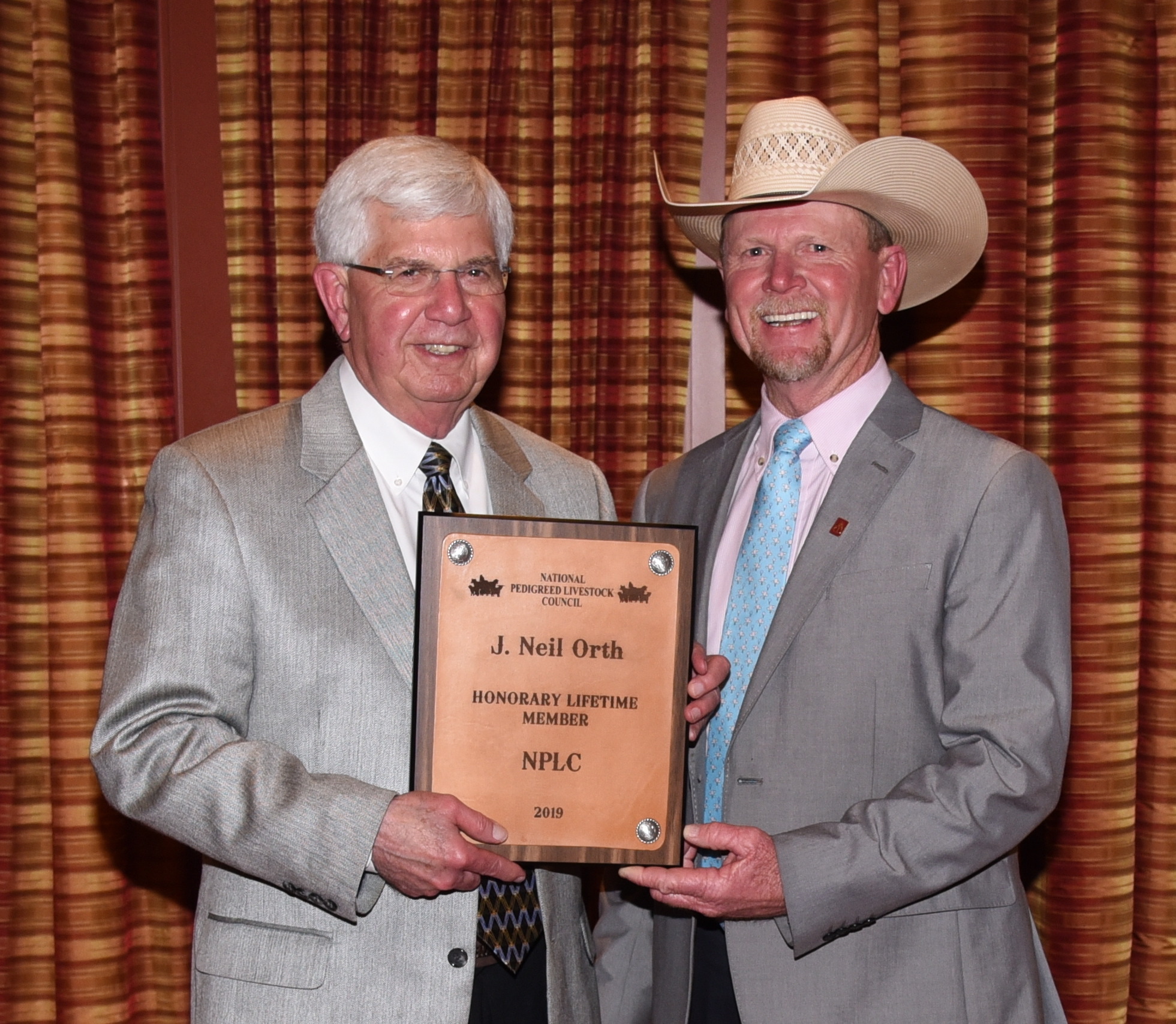 Neil began his professional career in the industry as a field representative for the Drovers Journal in the late 1960’s. After a 20-year career at Drovers Journal, Neil has since served over a time span of three decades as Executive for two breed associations starting at the International Brangus Breeders Association and now currently serving as Executive Vice-President of the American-International
Charolais Association.

“I am honored to be recognized by NPLC as Lifetime Honorary Membership. It’s great to be honored for something I’ve really enjoyed
for the past 50 years,” Neil said.

Neil has served many years in a leadership role of pedigreed livestock. Through its membership association and organizations, NPLC represents livestock breeders and the importance of livestock registry. NPLC represents a variety of non-profit breed associations of dairy, horse and pony, sheep, goat, swine and beef species.

Though Neil’s lifetime of dedication to the purebred seedstock sector he has shown his professionalism and passion for the industry.