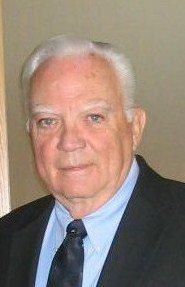 John (Jack) Grogan, who co-founded the Sudden Cardiac Arrest Association (SCAA) and served on its Board of Directors, died February 28. He was 73.

His clear vision and relentless work for SCAA grew the organization from the SCA Survivor Network of the National Center for Early Defibrillation into the nation's largest non-profit advocacy organization singularly focused on SCA.

An AED/EMS volunteer with the San Jose California Fire Department, Jack was passionate about preventing unnecessary death from SCA in his local community. He educated students, business owners and community leaders about SCA prevention, teaching CPR/AED classes to thousands of residents. His unwavering dedication was honored by the SJFD when he received the Devoted Service Award for advancing the city's AED programs.

A strong advocate for public access to defibrillation and medical technology issues on the state, and federal level as well, Jack testified before the U.S. Food and Drug Administration, Congress and the California Legislature - where his efforts helped pass legislation requiring California fitness centers and health clubs to have AEDs and personnel trained in their use. He also advocated for wider implementation of AED programs at schools throughout California.

In 2005, Jack was honored with the Medtronic Corporation's Community Champion Award as part of the "Keep the Beat" campaign.

"Jack's unwavering commitments to SCA prevention and building the Sudden Cardiac Arrest Association are memorialized through the lives of those that have been saved and the many that will be saved in the future," said SCAA Executive Director Chris Chiames. "The SCA community mourns the loss of one of its own, and our deepest sympathies go out to Jack's wife Anita and family."

A Korean War veteran, Jack honorably served in the U.S. Marine Corps. Upon completion of his military service, Jack earned a degree in electrical engineering and joined the IBM Corporation, where he worked for 43 years and retired as a "Distinguished Engineer." He is survived by his wife, Anita, their four children and seven grandchildren.

Jack was a sweetheart whom I had the privilege of getting to know during the first year of serving on the Sudden Cardiac Arrest Association Board. We all miss him and the wisdom and guidance he gave to everyone in the organization. His work in San Jose was outstanding. We are all so grateful for his determination to save lives from this dreadful disease and for all that he gave to the effort.

Scores of relatives, friends, even people who had never met Jack, gathered to pay respects and listen to stories and tributes. An open casket, Jack wearing his SCAA pin in his lapel, pictures from his life around the room, a dark-haired, handsome, rail- thin young man, he and Anita at their wedding, a recent photo of Jack on a merry-go-round at Disney, and my favorite, a large photo portrait of Jack wearing a captain’s fireman hat and also wearing the biggest smile of satisfaction—the grin of a seven year old on a seventy-plus year old.

Speakers from US Marine days, from IBM days, from his “work” at San Jose Fire Department including the former Fire Chief and Jack’s “boss” Jose Chavez, and Bob representing all of us, and Dr. Paul Wang— all speaking of Jack’s passion and compassion, knowledge, leadership and kindness.

Days of crying on Anita’s face, yet graciously talking with hundreds of well-wishers, bear hugging and thanking each of us for our presence. The family: his brother, a look-alike, his four children, his seven grandchildren, his nieces and nephews, a cousin who played with him as a toddler, and others. Most knew who Bob and Vince and I were and what SCAA was all about and stated how they would carry on Jack’s mission. It seems, as much as Jack talked about the San Jose fire department with us, he talked equally or more about SCAA and his SCAA colleagues with his family and friends—felt as if we were part of his family.

Eerily, we met two survivors—candidates for seventh link assistance, both there because they had been greatly assisted by Jack although they never met him. Both cried every few minutes when they talked with us. Jack had been helping one of them by phone and he travelled from Fresno to be there. Jack helped the bride to be of the other, a young man who collapsed while jogging, had no ID with him, and was taken to the hospital as a John Doe. The hospital notified Jack who stood a two day vigil until the bride to be showed up after she finally was able to find out where her missing fiancé was.

Spent time with many members of the SJFD, local police from Sunnyvale where Jack also assisted, wonderful people who loved and admired Jack, and revealed to us how we knew only the tip of the iceberg about all that Jack had accomplished in San Jose.

The Renaissance style Cathedral on Market Street, downtown San Jose, a hook and ladder in front, uniforms of every kind waiting on the steps, waiting for friends and family to join them.

The Catholic church does ceremony as good as it gets. Add the fire department choir, the bagpiper-led honor guard—four firemen in full formal dress, two carrying flags, two carrying long axes with maximum-shined silver blades and polished handles—the star spangled banner. . . .silence . . . the entrance of the eight pall bearers, also in dress uniforms, two women, six men, slowly carrying Jack’s coffin to the front of the rotunda, a rotunda encircled by some four hundred gathered there for Jack, a princely procession and commencement of a service for a prince among men.

Sitting in a pew with Bob and Vince and Dr. Wang and his wife and the survivor from Fresno we met the night before, stealing a glance at Anita, flanked by her two sons, clearly in distress, a priest ever remindful of eternal life for Jack, a eulogy by Jack’s oldest son who had been with Jack when he collapsed at the airport, and by Jack’s grandson, communion for many, and then the procession to outside where a soft, light sprinkle had begun to fall.

A motorcade, with a motorcycle police escort to a mountainside cemetery, all footstones and green grass, suddenly cloudier and colder and a stiff wind, two marines removing the flag from the casket, meticulously folding it, saluting one another in the slowest of slow motion, one taking the flag, kneeling in front of Anita and presenting it to her, on behalf of a grateful nation for Jack’s service—elegant, and reflecting only a segment of his service to society. Each relative placing a rose on the casket, and then Anita walking over to the long line of police and firemen and women and hugging and thanking each and every one of them. Vince and I were the last to leave in Jose’s car and as we passed the casket, truly stated, the sun re-emerged.

The fireman’s union hall for lunch and drinks—Speakers, including Jack’s brother with the same shock-white hair, and the flight attendant who saved Jack’s life with an AED eight years before, reading a recent letter from Jack in which he recounted all the wonderful things he had experienced since she had save his life, and his granddaughters remembering “Pappa”, and then a slideshow and finally, Irish dancers.

Once again, a tear filled remembrance of the wonderful elder cousin of the Grogan family. Happily rejoined with the Grogan clan.