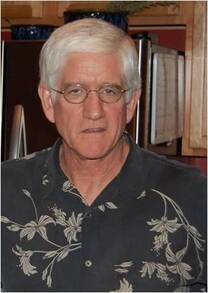 I experienced cardiac arrest on Tuesday, March 18, 2008 in Salem, Oregon. I was 60. My first awareness was on the following Thursday, when I heard my wife Claudia say "you had a massive heart attack on the soccer field." My daughters Tiffany and Kelli (living in Florida and Washington, D.C.) as well as my sister Barbara were on their way to the hospital.

Fortunately, there were two emergency room doctors playing soccer as well, and they immediately started CPR.

I had tubes down my throat and could not speak. Knowing sign language, I kept signing, "where am I? What happened?" The doctors had let me come out of a coma to see if I was able to undergo quadruple bypass surgery which took place on Saturday. My next memory is of Sunday evening and a nurse explaining how to clutch my "Love Pillow" to my chest when I had to cough or sneeze.

In May, 2008 Claudia and I attended Kelli's college graduation from Gallaudet University in Washington, DC. In September we enjoyed sharing in Tiffany's wedding in Connecticut. I wrote thank you letters to the doctors who had responded to my emergency and made sure their employer knew what they had done.

In August, Claudia needed to visit the ER for a diverticulosis attack. As a doctor and nurse tended to her, I named those two doctors and asked if they were in the ER that day. The doctor said that one was coming on shift and the other was going off. He asked why I was inquiring. I told him why. He and the nurse exchanged a look of disbelief. The nurse said, "That was you?" And the doctor said, "I was the first one to work on you when you came through the door." Meeting these caring and competent doctors and nurses was very special to me.