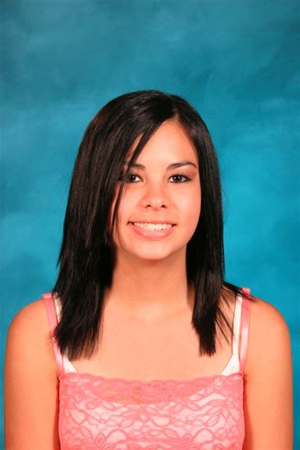 Olivia was the perfect picture of health, so I thought. She was always involved in sports and cheerleading; so of course there could be nothing wrong with my daughter. She was so outgoing, always wanted to ride the fastest roller coaster, never afraid of anything.  My daughter was looking forward to the future. She was thinking about becoming a foreign exchange student. She was also learning how to play the guitar because she wanted to be in an "all girl band".  After Olivia's death, I found some songs she had written.  My daughter was so full of life and had so many plans; but her life ended too soon. Little did I know that Easter Sunday, April 11, 2004, would be Olivia's last day alive. As I look back, I can remember what a wonderful day we had with all of our family. Olivia looked so pretty. I can still see her smile.

April 12, 2004, Olivia went into sudden cardiac arrest and was on life support. Ten days later, April 22, 2004, the doctors told us that Olivia no longer had any brain activity, Olivia's body was slowly starting to shut down. It was time to take my baby girl off the breathing machine. My husband and I were faced with a decision no parent should have to make, we had to let our Olivia go. The nurses allowed me to clean Olivia for the last time. I changed and cleaned her the way I did when she was a baby. I brushed her hair, kissed her perfectly polished "pink toes" and told her it was time to go home. We watched and cried as Olivia took her last breath.

April 22, 2004, Olivia was taken off life support and became my Angel in Heaven.

My daughter was an organ donor. On April 27, 2004, a 4-month old girl in Maryland was the recipient of Olivia's right cornea and a 29-year old man in Texas received the left cornea.

Some people only dream of angels but I've held an angel, Olivia, in my arms.