Share questions and answers on issues impacting the ASC community in Maryland. (Members Only)
more information

Check out the various employment opportunities within field of ambulatory surgery care in Maryland.
more information

Keep up-to-date on regulations and best practices. Other helpful resources are compiled here for your convenience.
more information 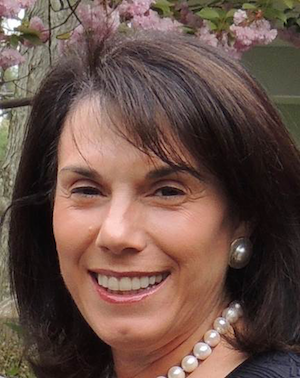 Andrea Hyatt has 39 years’ experience in the healthcare industry spending the past 28 years in the ambulatory surgery arena.

Andrea is currently the President of the Maryland Ambulatory Surgery Association, and has been a member of the Board of Directors for 23 years. Andrea is the Director of ASC Operations for University of Maryland Faculty Physicians, Inc. She serves on several workgroups for the Maryland Health Care Commission and has helped the Commission develop the state survey for ambulatory surgery centers. Currently, she is a member of the Commission’s Health Associated Infection Advisory Committee and has served on the CON Modernization Workgroup. Ms. Hyatt has been a board member of the Maryland Patient Safety Center for the past 4 years. Andrea has testified on several occasions before state legislators on behalf of MASA and lobbied on Capitol Hill for ASCA, the national organization representing the ambulatory surgery industry. 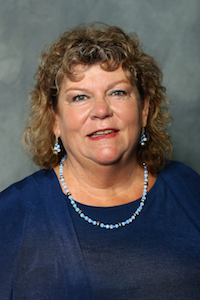 Marjorie has been a registered nurse for the past 40 years. She has a Bachelor’s degree with concentrations in business and nursing from Shepherd College. During her first 13 years as a nurse, she worked in a variety of environments at major hospitals: ICU/ Open Heart and Neurosurgery at Georgetown University Hospital; Burn Trauma/ICU at the Medical University of South Carolina; the Emergency Department at Charleston County Hospital in SC; Stonewall Jackson Hospital in VA, and Shady Grove Adventist in MD. The last 30 years she has worked extensively in the ambulatory surgery field as a Director, Administrator, and Consultant. Currently Marjorie is Director of Nursing at the Surgery Center of Chevy Chase. She has been involved in legislative issues for ambulatory surgery centers, and has testified in front of both the House and Senate regarding these issues in Maryland. Marjorie has also been a surveyor for the Accreditation Association for Ambulatory Health Care, Inc. since 2000; surveying ASC’s throughout the United States.

Jessica has been a registered nurse for 17 years. Her career started in bedside nursing as an ICU nurse until she transitioned into the ASC setting in 2009. She currently serves as the facility Administrator for The Surgery Center of Easton, a multi-specialty surgery center on Maryland’s Eastern Shore.  Jessica has been named in Becker’s Top Administrators to Know in 2016 & 2017. She has participated with ASCA’s Capitol Fly-In program to meet with members of congress and discuss issues affecting ASC’s. Her interests include State and Federal Regulations and improving processes within ASC’s that affect Clinical Quality and Patient Satisfaction. 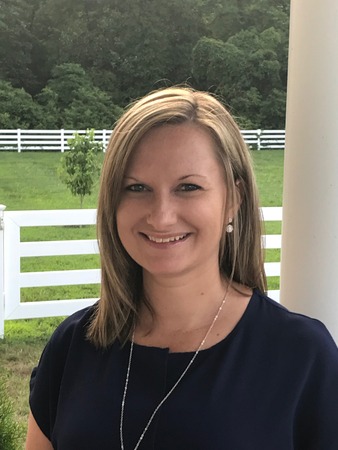 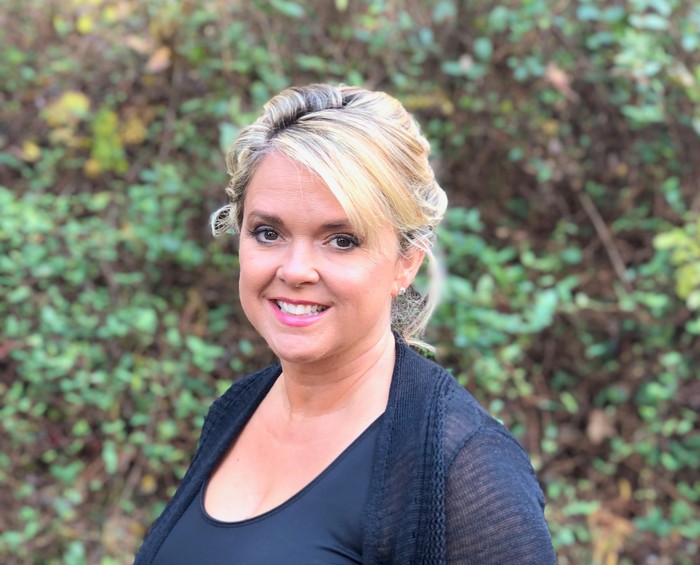 Tina has been in ambulatory surgery for 17 years, serving the last 11 years as administrator for Mid-Atlantic Surgery Pavilion.  She holds a Master and Bachelor degree in nursing from the College of Notre Dame of Maryland.  Tina is also certified in the operating room (CNOR) and as a surgery center administrator (CASC).  Tina serves on committees for both ASCA and ASOA and has published in AORN.   She has knowledge and experience with ASC development and accreditation compliances and consults throughout Maryland and across the country.   Tina is a current member of AORN, ASOA, and ASCA.

Shannon is the Administrator of the Physicians Surgery Center of Frederick, a freestanding, multi-specialty ASC in Frederick, Maryland.  She is a graduate of George Mason School of Nursing acquiring her BSN, and is currently pursuing a Masters in Health Care Administration at St. Josephs College in Windham Maine.  She has a background in ICU/CCU  and perioperative services working in diverse hospitals throughout the country to include Maryland, Idaho, Texas and Massachusetts. She has been active in the ambulatory surgery setting in the state of Maryland for 22 years actively involved in Governance, QI/RM and Management process.  Ms. Magro has strong knowledge and experience, in various settings, of organizational compliance, startup ventures and acquisition process for CON in the state of Maryland.  As a native of Maryland she has a passion for assuring the availability and sustainability of the ASC industry in the state as an efficient, available and cost effective option for the population served.  She holds the belief that education of others, and involvement in the process the work that MASA completes will result in legislative decisions that will assist in keeping ASC’s strong in Maryland well into the future. 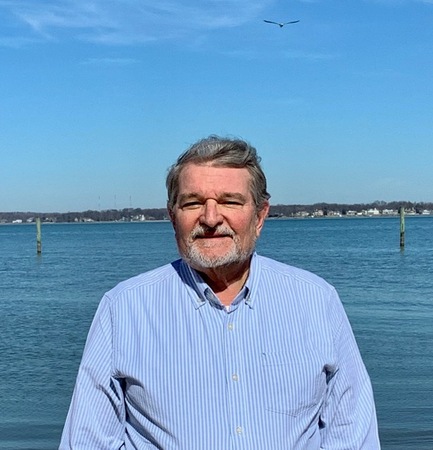 Don Bartnick is the founder and principal of Donveritas Consulting LLC and was recently named the Executive Director of the Maryland Ambulatory Surgery Association. He retired from a 45-year career in healthcare which included positions as COO of a 240 bed hospital, CEO of several surgical practices, developer and CEO of ambulatory surgery centers, administrator of several diverse academic medical center departments, and has been involved with medical office building design, construction, and renovation.
Don was the Treasurer of the Maryland Ambulatory Surgery Center and served on its Board for many years. With Don retiring from full-time employment, he has re-engaged with the Maryland Ambulatory Surgery Association to assist with administration and growth.
He was born and raised in Maryland. Don’s education was also in Maryland. He earned an Associates degree in engineering from Catonsville Community College, a Bachelors degree in Math and Psychology, and Masters degrees in psychology, and business administration from the University of Maryland.
Don has witnessed a great deal of change in healthcare including: the education and training of doctors; the facilities, equipment, and procedures allowed; the types and uses of anesthetic agents; government regulations; accreditation standards; changes in insurance, ownership, and funding: compliance; and many other areas. Don frequently has a story to tell based on his long career and broad experience.
As the name of the consulting business implies, Don is passionate about caring, integrity, and truth. He is pleased to be a part of MASA. 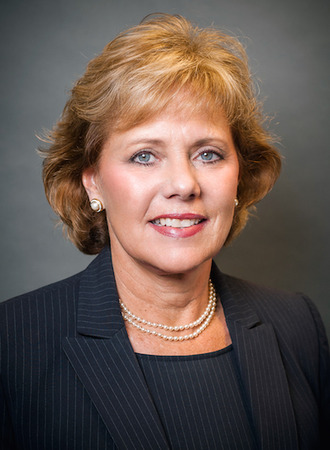 Pam Kasemeyer, the Firm’s managing partner, has represented a variety of interests before the Maryland General Assembly and regulatory agencies for more than 25 years.  An acknowledged authority on Maryland’s environmental and health care laws, she includes amongst her clients dominant trade organizations and corporate interests in the solid waste, energy, transportation, and health care sectors.

Ms. Kasemeyer’s background in environmental and health care policy is reflected in her law practice which includes legal counsel to her environmental clients on permitting and enforcement actions and representation of health professionals on licensure and disciplinary matters as well as contractual and practice management concerns.

Ms. Kasemeyer is a 1980 graduate of Duke University with a B.A. in Public Policy Studies. She received a Master’s degree in Health Services Administration from George Washington University in 1984 and her law degree from the University of Maryland Law School in 1993.  In 1996, she joined Jay Schwartz, forming Schwartz and Metz, P.A., a predecessor to the current firm. 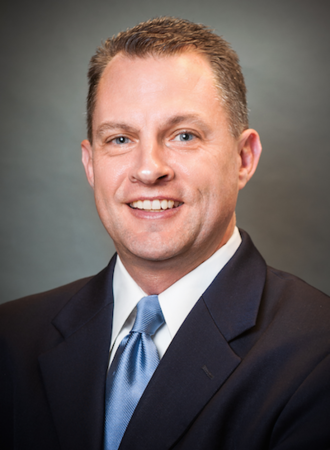 Steve Wise joined the Firm in 2002 and became a partner in 2008.  Steve represents a diverse group of clients before the General Assembly and State agencies, including trade associations and companies in the alcoholic beverage, debt collection, insurance, gaming, health care, telecommunications and environmental industries.

Mr. Wise’s legal practice focuses on administrative law and regulatory matters.  He has appeared before the Liquor Boards in 16 of Maryland’s 24 jurisdictions and before the Office of the Comptroller, representing alcoholic beverage licensees on licensing and enforcement matters.  Steve also represents health care professionals in licensing and disciplinary proceedings before the Board of Physicians, has appeared in many of the State’s Circuit Courts, and litigated cases both before the Court of Special Appeals and Court of Appeals. 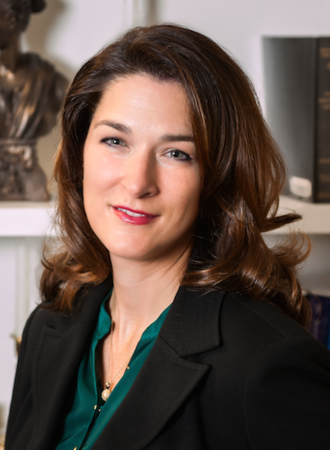 Danna L. Kauffman, Esq. brings a wealth of experience and contacts in Maryland State government to Schwartz, Metz & Wise, P.A.  Beginning in 1997, Danna served as Counsel to the House Environmental Matters Committee, and then spent three years as a senior legislative advisor to Governor Glendening, where she worked on a wide range of issues including healthcare.  Immediately prior to joining the Firm, Danna served as the Senior Vice President of Public Policy for LifeSpan Network, the leading senior care provider association in Maryland.