LGBTQ+ Microaggressions in The Workplace

LGBTQ+ Microaggressions in the Workplace 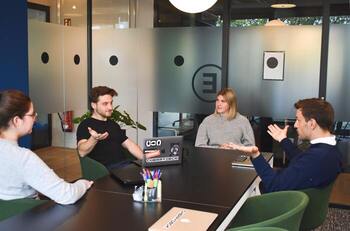 Workplace microaggressions lead to decreased emotional well-being (Desouza et al., 2017) and lower job satisfaction (DeCuir-Gunby & Gunby Jr., 2016). LGBTQ+ microaggressions often resulted in members of the community feeling unsafe, angry, frustrated, sad, embarrassed, and/or shameful. Such emotions can trigger mental health disparities including depression, anxiety, and post-traumatic stress disorder (Nadal et al., 2011). Career practitioners are encouraged to be conscious of the negative effects of LGBTQ+ microaggressions and be prepared to reaffirm clients of the valid presence of queer identities in the office. One model that may be of interest to the career practitioner is Systems Theory Framework (STF), in which interpersonal, social, and environmental systems are understood to jointly impact an individual’s career development. Through STF, the practitioner can first acknowledge sexual and gender marginalizations as significant forces affecting LGBTQ+ workplace safety, satisfaction, and success. The beginnings of the client counselor alliance may utilize a STF qualitative career assessment to identify systems that may influence career guidance (Lovasz, 2020).

Coping is understood as the process of reducing stress or conflict (DeCuir-Gunby & Gunby Jr., 2016). Nadal et al. (2011) found that after experiencing microaggressions, LGBTQ+ people enacted various coping mechanisms. Career practitioners have the unique opportunity to better understand LGBTQ+ coping with workplace microaggressions, as well as support this community during experiences of discrimination. When helping clients, practitioners may need to guide LGBTQ+ jobseekers in developing effective coping mechanisms. Confrontational coping, in which the victim of microaggression actively defends oneself, may aid in resilience within the workplace. It is also beneficial to advise on protective coping skills, applicable when one must prioritize physical or emotional safety with caution and defense (Nadal et al., 2011).

Getting Involved. As microaggressions are often the product of unconscious bias, organizations should provide diversity training on LGBTQ+ issues (Resnick & Galupo, 2019). These programs should emphasize acceptance and affirmation of LGBTQ+ identities (Desouza et al., 2017). Career practitioners may need to educate themselves on issues of diversity in the workplace and act alongside local agencies to educate staff. To improve LGBTQ+ office experiences, clear and accessible non-discrimination policies must also be present (Desouza et al., 2017). Career practitioners can partner with organizations to inform such policies. It may also be helpful for practitioners to connect prospective LGBTQ+ employees with organizations displaying high standards for diversity and non-discrimination.

Transgender, Non-Binary, and Other Gender Variant People. Despite the growing collection of microaggression research on cisgender communities, there is substantially less available on gender variant people. While some studies have sought information on transgender experiences, they still lack distinction for those who identify with a nonbinary gender (e.g., genderqueer, agender, bigender, androgynous; Nadal et al., 2016). Career practitioners may need to assist hyper-marginalized gender minorities in navigating their own unique workplace microaggressions. In doing so, practitioners can familiarize themselves with nonbinary queer identities and advise on managing workplace cisnormativity.

Race and Intersecting Marginalizations. Microaggressions which occur as the result of intersectional marginalized identities need additional research (Nadal et al., 2016). Specifically, racial and ethnic minorities tend to face greater risk of workplace mistreatment (DeCuir-Gunby & Gunby Jr., 2016; Resnick & Galupo, 2019). Career practitioners and future workplace microaggression research must also consider LGBTQ+ people with multiple minority status. Education of oneself, clients, and local organizations on the theory of intersectionality (Crenshaw, 1989) and its impact on this population is crucial. Intersectionality allows the practitioner and client to recognize the multiple and contextual identities that influence LGBTQ+ people and their social standing. The oppression and privilege of an individual is contingent on simultaneously existing, defining identities (Cooper, 2017).

Career practitioners and researchers need to further explore and differentiate sexual orientation and gender identity microaggressions in relation to the intersectionality of LGBTQ+ identities. Career practitioners are encouraged to better understand microaggression theory with regard to this heterogeneous population to best serve their specific needs. LGBTQ+ people are disproportionately subject to microaggressions; through counselor intervention and increased attention to diversity, workplace experiences can improve.

Jonah Friedman is a Master of Arts in Clinical Mental Health Counseling candidate at The College of New Jersey. Jonah completed his undergraduate studies at Tulane University where he first discovered his passion for helping others and the value of counseling. Jonah has held corporate positions with L’Oréal and currently volunteers for The Trevor Project. Jonah hopes to eventually work as a practitioner with a concentration in LGBTQ+ affirmative therapy. He can be reached at friedj11@tcnj.edu.

Thank you Jonah for addressing this persistent issue in the workplace. It is still a common experience of LGBTQ people at work, especially trans or gender diverse people or BIPOC community members. Nice to include how career practitioners can get involved and respond. Thanks for this important discussion. Sue

Thank you for contributing this important article Joanh, excellent work!

Roscoe Roar. We are proud of you.