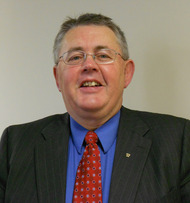 David Barrett, managing partner and one of the founding partners of Barrett, Easterday, Cunningham & Eselgroth LLP, has more than 35 years of legal experience. He grew up on his family's livestock and grain farm in Washington County, Ohio, where his early involvement in farming, along with his participation in 4-H and FFA activities, forged his commitment to agriculture that has carried over into the practice of law. He devotes the majority of his practice to serving the needs of agricultural producer and agribusiness clients throughout North America, including corporate governance, commercial transactions, commercial civil litigation, mediation and arbitration.

In addition to David's private practice experience, he served for over 10 ½ years as in-house legal counsel and national secretary for the National Grain and Feed Association (NGFA) in Washington, DC.  While he advised the NGFA on a broad range of legal, legislative and regulatory issues, David also had oversight of the NGFA Trade Rules and administered the industry's arbitration system. During that time he also successfully completed the London (England)-based Grain and Feed Trade Association's Gafta Trade Foundation Course on international grain contracts and arbitration at Churchill College, Cambridge, United Kingdom.

David is a frequent speaker on agricultural contract and business legal issues at industry meetings throughout the U.S. He also is a multi-year recipient of the "Ohio Super Lawyer" designation from Law & Politics Magazine. He is a past president of the Ohio Agricultural Council and has served on the board of directors of the Ohio AgriBusiness Association.