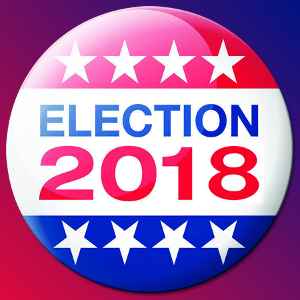 On November 6, voters around the country cast their ballots, capping a heated marathon campaign season. Here in Ohio, voters made a number of choices on very important issues and candidates up and down the ballot.

The GOP will maintain their “trifecta” status—control over the State Senate, State House of Representatives, and Governorship.

In one bright spot for Ohio Democrats, voters reelected U.S. Senator Sherrod Brown to another term in the U.S. Senate by a comfortable margin in his race against Congressman Jim Renacci.

We’re pleased to report that both of the physicians running to serve in the Ohio Legislature prevailed in their elections! Dr. Beth Liston (D—Dublin) will represent the 12th Ohio House District, and current Ohio Representative Dr. Steve Huffman (R—Tipp City) was elected to the Ohio Senate to represent the 5th District.

All 99 seats in the Ohio House of Representatives were up for election in 2018. Though House Republicans will maintain a sizable majority (62-37), Democrats were able to flip a net of four seats in their favor.

17 of the 33 Ohio Senate districts were up for election in 2018. Republicans flipped one seat in their favor and will increase their supermajority in the Senate to 24-9.