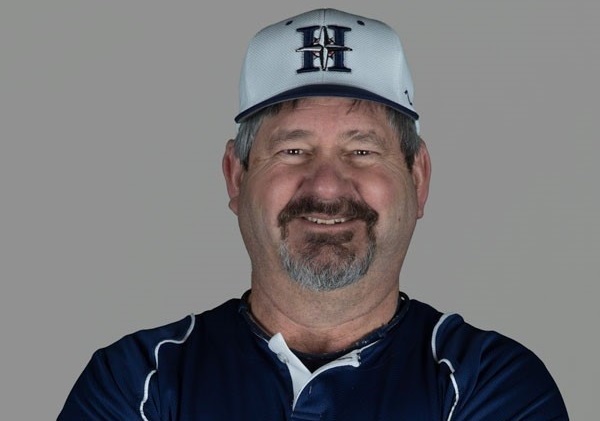 Chuck Schilling was born and raised in Stow, Ohio and graduated from Stow HS in 1974 earning letters in Football, Basketball and Baseball and sharing the Harold Sloop Award upon graduation for the Outstand Senior Athlete. He went on to attended Marietta College and Kent State University as an Education major before leaving college in 1978 to pursue a career in the Steel Fabricating and the Finishing Systems Installation field.

Chuck was hired by Sharon Lowe and the Hudson City School District in October of 1981 as the Courier and has been employed for the past 37 years with the district as a Maintenance Assistant, the Supervisor of Maintenance and Grounds (24 years), Supervisor of Facility Services (8 years) and currently as the District’s Project / Construction Coordinator. He began his long and enjoyable coaching career for the Hudson City School District the following Fall as a freshmen football coach and later move to a varsity assistant coaching position 1985 to 2004 completing his football coaching career working at the eighth grade level from 2005- 2010.

Chuck joined OHSBCA Hall of Fame Baseball Coach George Sosebee’s baseball staff in the spring of 1983 as the freshmen coach for three years before stepping away in 1986 to focus on his new position with the district as the Supervisor of Maintenance. In 1987, Head Baseball Coach, Jeff Brown encouraged him to return to coaching baseball as his JV Coach and in 1988 he was asked to assume the Head Coaching position when Coach Brown decided to return to Graduate School. Using the strong foundation (and many of the program nuances) that Coach Sosebee had built and Coach Brown maintained he started his 25 year Head Coaching career. He also had the great fortune to not only play against their teams while at Stow HS, but later coach against OHSBCA Hall of Fame Coaches Bernie Hovan, Dave Young and John Anspach who taught his early Hudson squads how to play the game with PASSION and the “Right Way”.

Coach Schilling is proud to except this recognition on behalf of the Hudson High School Baseball Program and the Hudson Community. The success of the program is directly attributed to the outstanding Student Athletes that have participated, many of them earning All-Star player and All Academic honors including 18 Mizuno All-Stars, 68 former players that have continued their baseball careers at various collegiate levels and 5 former players that signed professional baseball contracts and played minor league baseball. More importantly, he has been fortunate to surround himself with outstanding partners who are GREAT PEOPLE and have become some of his very closes friends. He shares this honor with coaches Chris Kelling (6 years), Jeff Hildebrand (8 years), Greg Wallick (6 years), Mark Cuva (6 years), Brad Aurand (6 years), Buddy Dice (12 years), Paul Dudley (14 years), Jeff Brown (19 years), Jim Nold (24 years); administrative assistants John Hornke, Gary Calabrese, David Spohn and Tom Long; the voice of the Explorers, Greg Zaebst, and scorekeeper Christine Radie.

In 1993, the head coaching position truly evolved into a family affair when Chuck’s wife Linda started the operation and the management of the Concession Stand and for the next 20 years with the help of her mother Ruth Bourgeois and the baseball parents provided support for our annual spring trip and to build one of the finest HS baseball facilities in the state of Ohio, “The Ballpark in Hudson”.