The Best Bet: A Flu Vaccine

(October 26, 2015) Flu season, the time of year when the flu epidemic spreads easily and infects many, is officially here. Each year, between 5-20 percent of the population is infected and more than 200,000 on average are hospitalized with flu-related complications. While infection is common and symptoms typically the same, the outlook of each flu season is hard to forecast. 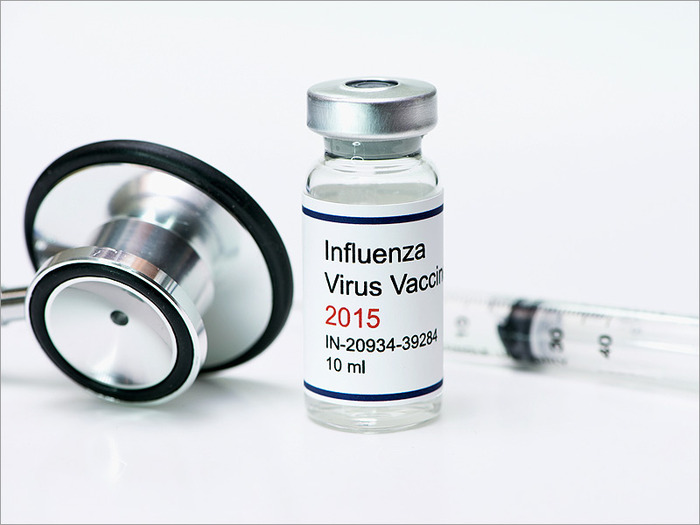 Flu viruses are constantly changing and mutating. As a result, the time, length, and severity of the flu range each season and across different parts of the country. Additionally, the effectiveness of our best protection, the flu vaccine, can vary.

For example, last year’s vaccine was evidence of the viruses’ unpredictable nature. Vaccines are developed based on what forms of the virus are anticipated to be prevalent. Last year, one of the strains of viruses mutated. The predominant strain of influenza A, called H3N2, was not covered by the vaccine.

The Centers for Disease Control and Prevention (CDC) believe this year’s flu vaccine will be a better match based on early tests of the viruses circulating and those included in the vaccine. All versions of this year’s vaccine will protect against three viruses: two influenza A viruses, including H3N2 which was not in last year’s vaccine, and one influenza B virus. The quadrivalent vaccine will protect against an additional B virus. For adults older than 65, there is also a high-dose trivalent flu shot, which better protects those most at risk with additional antigen to prompt a stronger immune response.

Because the flu viruses mutate, flu vaccines have never provided full immunity from infection, but the flu vaccine remains our leading defense. The flu can be mild in some cases, but other times can result in severe illness and can be life-threatening. Over the course of 31 years, there has been as low as 3,000 to as high as 49,000 flu-associated deaths, depending on the severity of the season. Flu vaccines not only help prevent individuals from falling ill, but also help regulate the immune system preventing those who received the vaccine from suffering from a more sever case of the flu.

While the forecast of this year’s flu remains to be seen, there is no question that the vaccine is the best bet to protect against the spread of illness. With flu season upon us, now is the time to advocate patients receive their yearly flu shot to limit their odds of infection.