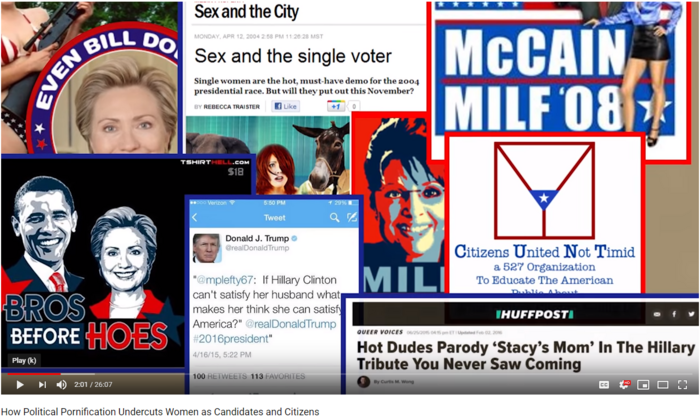 How Political Pornification Harms Women
This video examines the “pornification” of candidates and voters in the 2008 and 2016 election cycles.

Donald Trump’s infamous Access Hollywood comments about “grabbing” women “by the pussy” was only the tip of the iceberg. From journalism, to viral videos, to online commentary, to pop culture, to get-out-the-vote campaigns, pornification infected entire campaigns and, through them, created a highly sexualized and deeply misogynistic political culture.

The results are terrifying. Pornification paved the way for Donald Trump’s presidency. More broadly, it places all future women presidential and vice-presidential candidates at an electoral disadvantage.