Bocce with Burke! Join us for a fun evening with Senator Dave Burke!

a reception honoring the Ohio General Assembly’s only serving pharmacist 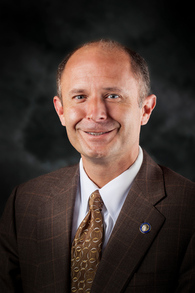 Looking to help improve his community, Senator Burke was elected to Marysville City Council in 2002 and became Vice-President of the Council in 2005. In 2008, he was elected to the Ohio House of Representatives and was re-elected again in 2010. While in the House, Burke pushed for legislation – now law – that addresses the growing problem of prescription drug abuse in Ohio and helps keep synthetic drugs out of the hands of young Ohioans.

Born in Cincinnati, he was adopted by his loving parents in Marion when he was 3 months old. As a child, he attended St. Mary’s elementary and later graduated from Marion Catholic High School. He then went on to graduate from Ohio Northern University with a bachelor’s degree in pharmacy and later obtained an MBA from Capital University. Since 1997, he and his wife have owned and operated Dave’s Pharmacy in Marysville, Ohio.

Senator Burke has been married to his wife Donna for more than 20 years and has two wonderful children, Alexandra and Adam.

Paid for by the Ohio Pharmacists Association Pharmacy PAC.