In an effort to better connect pharmacists with their elected officials, OPA coordinated two recent roundtables with state senators and pharmacists who work and/or live in their districts. The events were huge successes, and after receiving rave reviews from both the legislators and the participating pharmacists, we plan on holding more roundtables in the future. 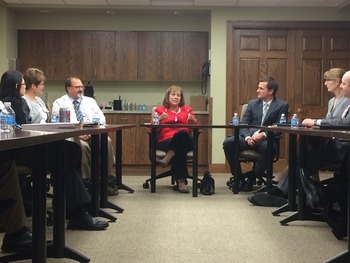 The pharmacists who participated in the roundtable included Don Halliday, Matt Britt, Mike Wascovich, Tony Ciaccia, Mike Carlin, Ally Hiznay, Tom Kahle, Angela Carter, Fred Weaver, Mary Ann Dzurec, Steve Miller, Shawn Osborne, and Michele Golob. Thanks to the students and residents who attended as well. We’d also like to give our sincere appreciation to Halliday, who served as host for our event. 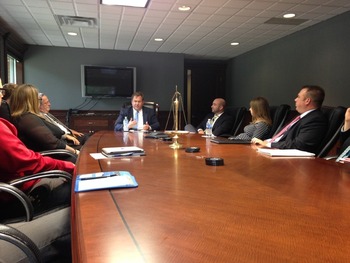 If you would be interested in coordinating or hosting a roundtable with your legislator, please contact OPA's Antonio Ciaccia at aciaccia@ohiopharmacists.org.