Legislation would ease regulatory restrictions on APRNs, allow them to provide care without physician practice agreement 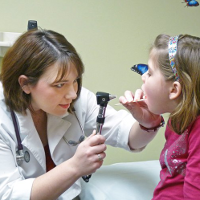 Though our members value the professional abilities of their dedicated APRN colleagues, Ohio ACEP opposes HB 216 as initially written. In addition to troubling scope of practice issues, the legislation also raises concerns over patient care and safety.

In addition to eliminating written practice agreements with physicians and striking the APRN formulary, other provisions in the bill include:

The bill’s first hearing took place on June 10. At the hearing, Rep. Pelanda gave sponsor testimony before the House Committee on Health and Aging, saying her bill would help to alleviate the shortage of primary care physicians by allowing APRNs to practice to the full extent of their training. After her prepared remarks, Rep. Pelanda took questions from committee members, whose questions included concerns about the position of physicians’ groups and the potential for opioid misuse.

Lobbyists and representatives from medical associations are exploring the potential for collaboration to oppose the bill. In a letter sent earlier this month to House Health and Aging Committee Chairwoman, Rep. Anne Gonzales (R – Westerville), Ohio ACEP and six other medical societies have communicated our concerns and voiced our strong opposition.

Ohio ACEP is also evaluating the legislation for components we might support. The first interested party meeting is scheduled for July 7, and Ohio ACEP will be there to represent the interests of Ohio’s emergency physicians.

As deliberations over HB 216 continue, be on the lookout for Ohio ACEP action alerts!